How to Fix a Broken WordPress 5.5 Site

Released on August 11, 2020, WordPress 5.5 brought with it significant changes to the WordPress (WP) core. Websites that were upgraded to run the latest version started to break. So, if you are also facing some issues post-upgrade, know that you are not alone.

A majority of the problems were caused by the removal of the jQuery Migrate tool. This tool makes the transition from older to newer jQuery versions seamless. So, if a plugin or a theme is using an older version of jQuery, which contains code not present in the newer version, the tool will restore that code or prompt you about the potential conflicts. This way, it prevents features, plugins, themes, or even entire websites from breaking during upgrades.

In the following sections, we will take a deeper dive into the kind of errors that were caused, and ways to fix them.

What kinds of errors were caused?

Thousands of affected plugins and themes

The absence of jQuery Migrate negatively impacted thousands of themes and plugins which were running older versions of jQuery. Some of these included famous themes like Astra, Storefront, Neve, and Hestia (approximately 1.5 million users altogether) and popular plugins like Ninja Forms Contact Form and Advanced Custom Fields, both with over a million users each.

Some WordPress users reported that they could no longer see featured images on their posts, after the upgrade.

Another bug after the upgrade caused sitemap pagination to break. In case a sitemap had enough posts that it required pagination, only some of its URLs worked correctly, while others were throwing the 404 page not found error.

In addition to this, the page parameter was also getting dropped from some URLs, making some webpages impossible to access. The reason for this, as explained by a WordPress developer, was that since page is a reserved query variable in the WP core, it has a set of usage rules associated with it. It can only contain numeric values. However, some themes and plugins were using it to store values other than numbers, which was leading to the conflict.

The Classic Editor not working:

No release after WordPress 5.0 has contained the classic WP editor, with Gutenberg taking its place. However, people who still want to use the old editor can use the plugin Classic Editor which removes Gutenberg and reinstalls the original editor. This plugin currently has over 5 million active users, making it one of the most widely used WP plugins. However, WP 5.5 broke it too.
Users reported that even though the text editor was functioning properly, the visual editor was no longer working. This meant that unless you at-least know the fundamentals of HTML, you will not be able to produce content on WP.

On September 1st, 2020, WordPress released a maintenance release (WP 5.5.1) that featured 39 bug fixes and 5 enhancements. The release fixed a lot of the issues caused by its predecessor, but not all. So, the first step to fix your post-upgrade broken website would be to upgrade to 5.5.1, or a later release. Follow these steps to do so:

ii) Select the WordPress Manager by Softaculous under Software.

iii) From the main WordPress dashboard, expand the site configuration section by clicking the downward arrow at the end of the relevant row.

v) Just to be on the safe side, tick the Create Backup checkbox. Then click Upgrade.

Once you are returned to the main WordPress management page, you can check whether or not you have successfully upgraded, by expanding the site configuration section. To do so, click the downward arrow at the end of the row.

Ever since the 5.5.1 release, WordPress has announced many subsequent releases, addressing more and more problems, and adding more and more features. At the time of writing this article, the latest release is the first candidate release of WordPress 5.6.

The simplest solution to all the problems created by the absence of jQuery Migrate, was to bring jQuery Migrate back. The WordPress team helped do this by creating a plugin that will once again allow code from older versions of jQuery to run on the new WordPress versions. However, this is a temporary fix, and the WP team urges theme and plugin developers to update their code as soon as possible.

a. From the WordPress dashboard, go to Plugins and then click Add New.

b. Search for Enable jQuery Migrate Helper, click Install Now, and then Activate.
(Note: You might not see Install Now. In that case, just hit Activate)

That’s it. The plugin will automatically re-enable the jQuery migration script, and get your website back up.

Step 3. Use your browser to debug (and resolve) additional errors:

The jQuery Migrate tools will resolve some of the conflicts itself, and prompt you about the rest. However, you would have to open the console panel of Chrome’s DevTools to look for the errors.

Step 4. Workaround for the pagination bug:

Upgrading to 5.5.1 or a later release should resolve the pagination bug. But if you are still experiencing it, or can’t upgrade for some reason, a potential workaround will be to replace all occurrences of page within the code of your theme or plugin with mypage (or anything that doesn’t conflict with the reserved query variable) and then rebuilding the theme/plugin.

Just because the WordPress 5.5 update broke your website, doesn’t mean that you should stop updating your software. As we mentioned above, the jQuery Migrate tool only delays the need for theme and plugin developers to update their dated jQuery code. They still have to upgrade to the newer jQuery versions to make their themes/plugins run on the latest WordPress versions. So, check for any upgrades to the themes and plugins installed on your website. In case there aren’t any, make sure you get in touch with the developers to ensure that they are either working on an update, or that their software doesn’t require any update to continue working properly.

Step 6. If nothing else works, downgrade…

If, for some reason, you can’t upgrade to a newer WordPress version and none of the above fixes work for you either, the last resort would be to downgrade your WP version to the latest stable maintenance release: WP 5.5.1. Alternatively, if you have a backup from this version, you can just restore this backup.

In this article, we will guide you on how to downgrade using the WP Downgrade plugin. Here are the steps:

ii) Select the WordPress Manager by Softaculous under Software.

iii) From the main WordPress dashboard, expand the site configuration section by clicking the downward arrow at the end of the relevant row.

v) Add a note, and choose where you want to save the backup. Then click Backup Installation. 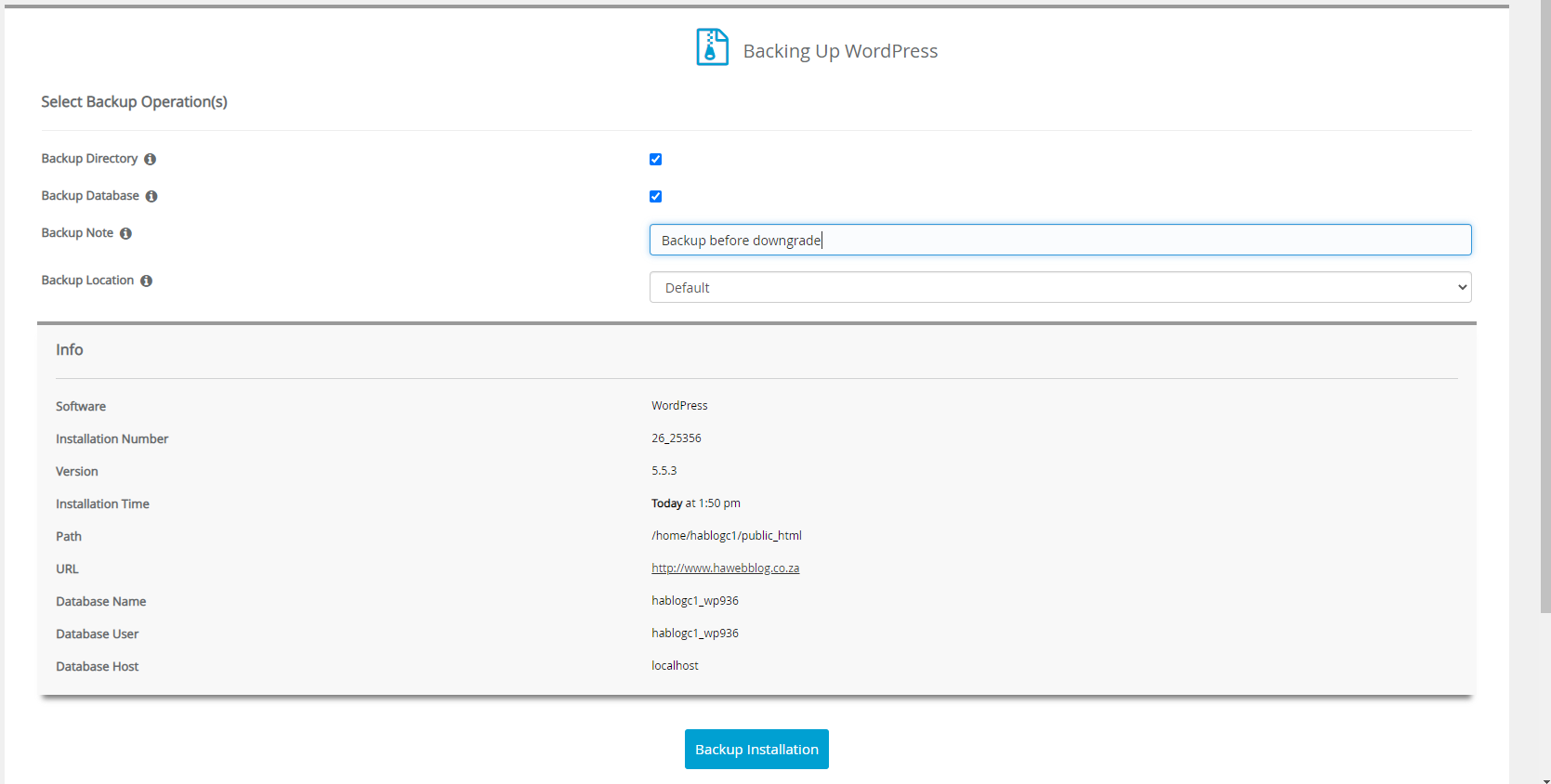 vi) Upon successful creation, you should get the following message:

At any time, if you want to access the backup or restore using it, you can click on the Backup and Restore icon present on the top right.

Once you have successfully backed up, you can proceed with the downgrade:

2. From the WordPress dashboard, go to Plugins and then click Add New.

3. Search for WP Downgrade and click Activate.
(Note: You might not see Install now. In that case, just hit Activate)

4. After installation, you will be able to see the plugin settings on the main WP Settings page. Select it. 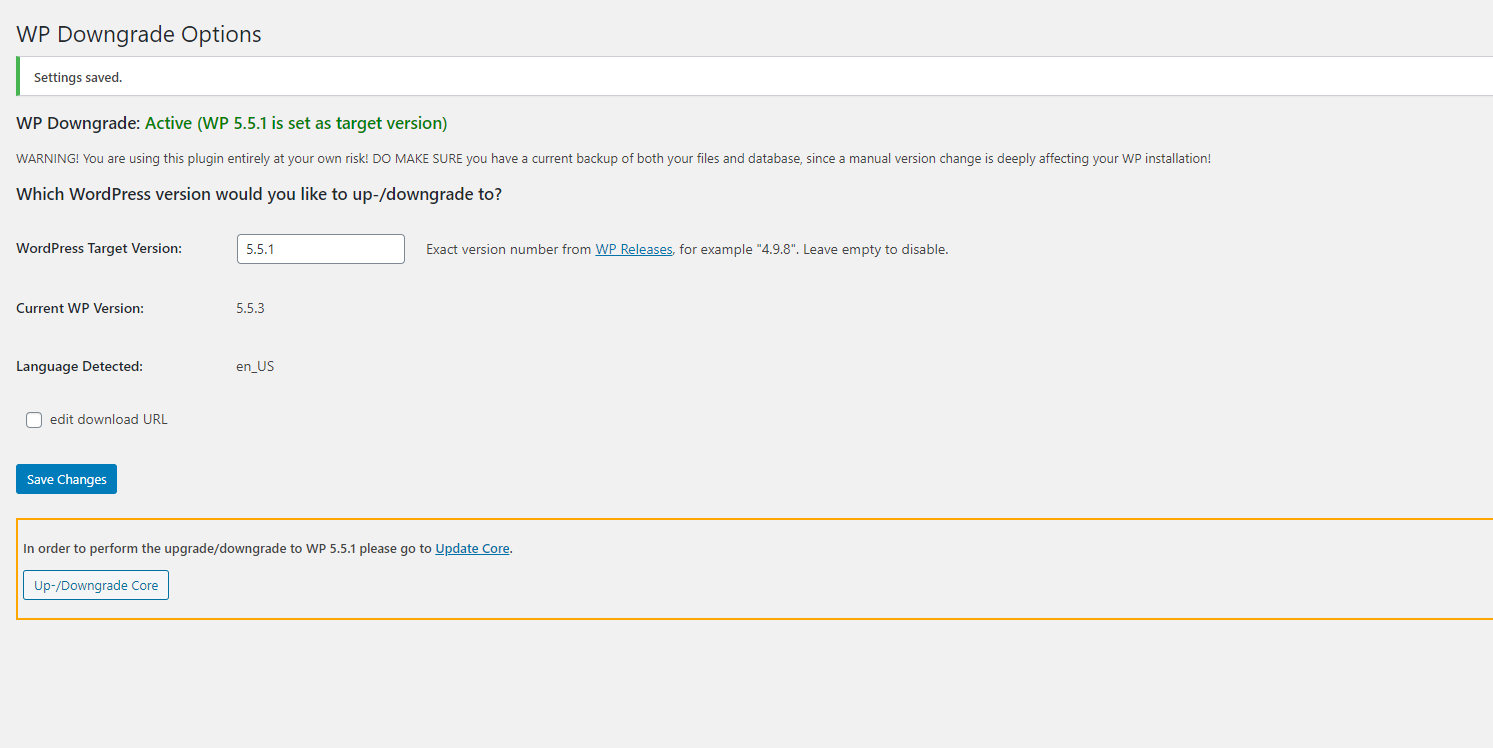 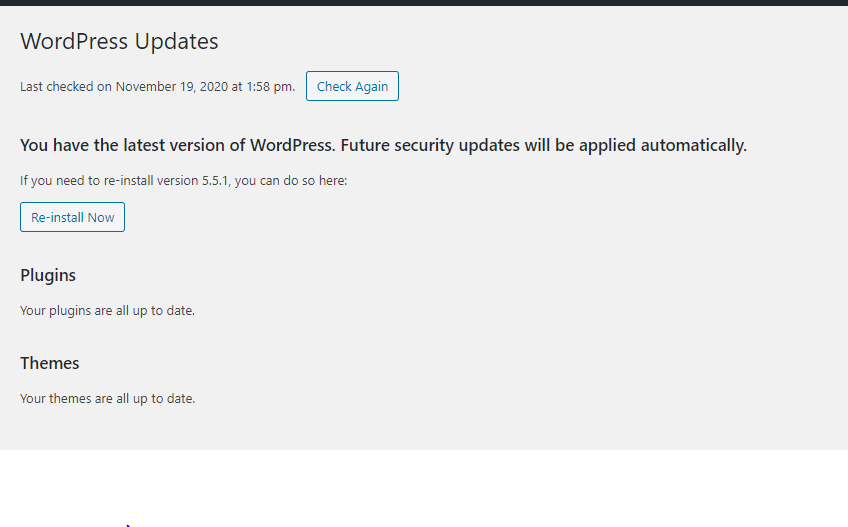 9. Wait for a few minutes for the downgrade to happen.

10. Once you are returned to the main WordPress management page, you can check whether or not you have successfully downgraded, by expanding the site configuration section. To do so, click the downward arrow at the end of the row.

We hope this article was effective in helping you solve your problem and fix your site.

In part 3 of our How to Rank High on Google series, we further our search engine optimisation efforts by looking at some off-page techniques.

How To Rank High on Google: On-Page SEO

In part 2 of our How to Rank High on Google series, we further our search engine optimisation efforts by looking at some on-page techniques.

Continue Reading How To Rank High on Google: On-Page SEO

How To Rank High on Google: SEO Audit

In part 1 of our 3 part How to Rank High on Google series, we take a look at the SEO audit and analysis phase.