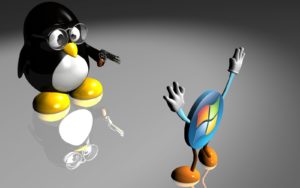 When IT Managers get asked why they prefer Windows over Linux, the excuse is often given that it would be too expensive to run Linux as they would need to retrain staff or hire a specialist. Other reasons given are software compatibility and “lack of support”. I have been a hardcore Open Source fanatic for the last 17 years but I do not disagree with these statements. For the IT departments entrenched in a Windows environment, it would be a tough job to switch to Linux. Not impossible, but tough. Cultural inertia against change, steep learning curves and software issues are but a few of the problems to face when weighing this option.

Where is the real saving ? 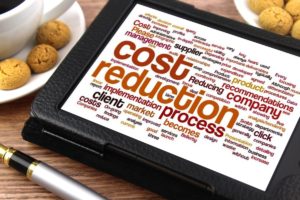 Many studies have been done around this topic. These where mostly funded by Microsoft and often biased. They did not start at a zero knowledge-base. Thus they discounted the cost already incurred for training their staff on Microsoft products, but added the cost of training on Linux. This would obviously skew the results.

More unbiased studies factor in the ratio of Administrators to Servers needed, but very few factor in downtime caused by systems freezes, patches and updates. I have personally stood by as a critical exchange server rebooted and then spent 4 hours installing updates. Many IT staff have similar tales to tell. If Microsoft had to be invoiced on a per hour basis for all the time wasted by Windows, they would in all probability be bankrupt.

Linux systems also need frequent updates and patches, but 95% of these can be doe with no reboot an no interruption of services. The new Linux kernels coming out now (Version 4) offer a totally re-bootless upgrade of even the kernel.

Once we take all the above factors into account, we also have to factor “Fit for Purpose” in. Does the operating system allow us to do what we want to do. Obviously there will be occasions when only Microsoft operating systems will work. We are talking about an average business with generic business needs. If this business starts from scratch and has no infrastructure, Linux makes an enormous difference in TCO. Licensing fees are not always the biggest cost factor, although if you need to run four MS SQL Database servers with a 300 user access license, it can make an enormous difference.

The real saving comes in up-time and scalability of management. With the modern management tools, I have been in organisations that have only one Systems Administrator for every 100 Linux servers (physical). With virtualisation, this can increase tenfold – one admin per 1000 Linux virtual machines is quite manageable. You also need at least one Linux Engineer / Advanced Systems Administrator for every 300-500 servers (physical) or 3000-4000 virtual.

A Linux environment to be run on a very lean staff compliment. There is no way you can cheaply manage 300 Windows servers, due to Malware, Virus and Brute force attacks which most windows servers are continually bombarded with. Another issue with windows is a lack of immediate insight into issues. On Linux, most events are clearly logged and can be monitored. This is not the default in windows and while you could enable this with some effort, it will incur some serious system overheads. 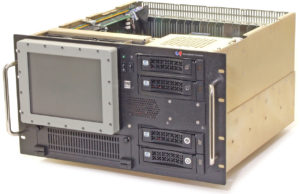 That brings us to another point. Linux can bring massive performance to low end hardware and enable high end hardware to be used extremely effectively. Windows tends to bog down the system with its own demands, even though Server 2012R2 and Server2016 have made major steps in improving this.

Yes, you may pay slightly more for a Linux Administrator. But you will need less of them and your systems will stay online more of the time. Even at Desktop level, Ubuntu and Open Office/WPS Office or Free Office make it quite easy to move your desktop users to Linux.

I have personally had faster and better support from Open Source user forums than I have ever had from Microsoft. The main reason behind this is that the Microsoft Partner refers the issue to Microsoft. As a result, the support is slow and often mis-directed. Small, focused user groups in the Open Source community are often passionate about the software and eager to help. TCO has to take time to resolution of issues into account as well. Whether you choose Linux or Windows, it is worth taking a serious look at Open-Source software. At HOSTAFRICA, all our services are hosted ONLY on Linux servers.